Just now, you saw that a poster on the internet is going viral at a rapid pace, which is being told that The world’s most popular game is an alternative to PUBG and its name is FAUG. We will get the same important information here that what is FAU-G? And when will this game launch?
Bollywood star (My favorite Acter) Akshay Kumar shared an FAU-G poster on Twitter, after this, it has become the most viral topic. Someone is talking about it well, funny, and more. 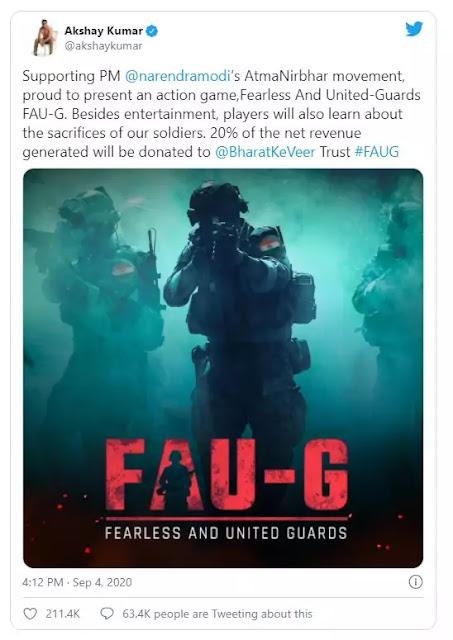 PUBG has been banned but people have other better options as well, but why peoples are much shock on social media about this? We will know all about this in detail but let’s have a little overview first,
Table of Content:

What kind of game is FAUG?

Which company has developed FAU-G Game?

Who is developing FAU-G?

Is FUAG an alternative to PUBG? 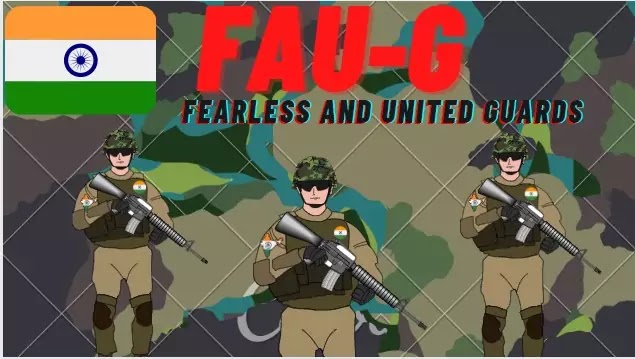 Looking at its name then you would think that it has been named after the Indian Army, which is called by the Normally Army but not the FAUG is not complete, the Fearless and UnitedGuards and its short form is FAU-G.
This is a full action game like you would have discovered by seeing the poster and PUBG has been banned in India, then you can also consider it as a PUBG alternative game.
Since when the poster of FAU-G has been shared by Akashy Kumar on his Twitter account, after that you will be seeing most of the posts on Facebook, Instagram, Twitter, and YouTube.
Akshay Kumar has also mentioned in his tweet that “20% of the earnings from this game will go to the Veer of India, where the families of the martyred soldiers get help“.
It is believed that a company named nCore Games is making this game and soon you can see it on Playstore and other app stores. Right now the FAUG game is not available for play and download. Hopefully, it can come to the market soon.

What kind of game is FAUG?

According to News18 printed news, it will be an action and war game (there is no information about whether it will be like PUBG or not) which is being built on the Indian Security Forces. This game will have levels in which you will have to play a war game with national and international threats.
It is believed that this FAUG game is completely based on different operations of the Indian force, which will be seen on different levels. But now a question arises?
FAU-G Game Full-Form | What is the full form of FAU-G Game
Friends, as you know, PUBG had a full form – Players Unknown BattleGround (PUBG). In the same way, the full form of FAU-G Game –Fearless and United Guard has been kept.
Friends, as you know, PUBG was very popular in India. Millions of youth used to spend their time on this application throughout the day and earned millions of crores of rupees by live streaming on championships and social media. But after PUBG is banned, people are disappointed and are looking for the pub’s alternative.
After banned from Pubg, a new gaming application is going to be launched in India. Its name is FAU-G, that’s why, like PUBG, now the full form of this app is also being searched very fast on the Internet.
Also, read this article:

Create a Page on Wikipedia With 5 Easy Steps

15+ Best Tips of How to Write SEO Friendly Blog Post

Magical trick on How To Increase Blog Traffic

Which company has developed FAU-G Game? 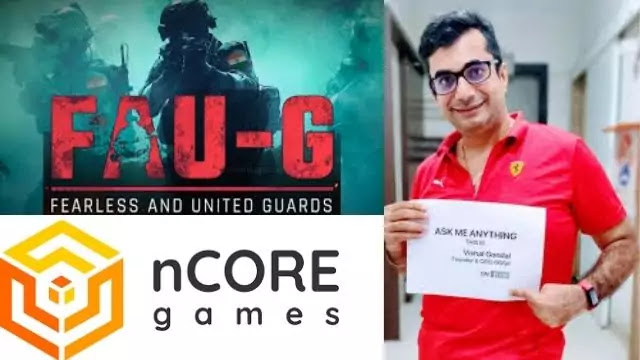 FAU-G Game is a Gaming application created by an Indian Gaming company. This game is being prepared byBangalore-based mobile game developer company nCore Games. The co-founder of the company is Vishal Gondal. He told me that he had been working on this app for many months.

Who is developing FAU-G? 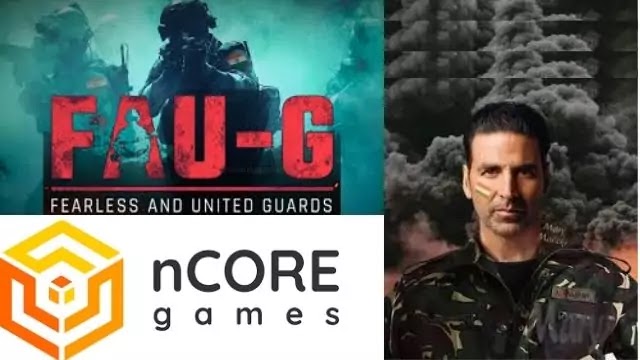 The game FAU-G is being developed by Banglore based publisher nCore Games and this game is developed under the mentorship of Akshay Kumar.

Is FUAG an alternative to PUBG?

5+ Unique WhatsApp Trick Tips Every one Need to Know

How To Increase Jio Net Speed In Few Minutes

FAU-G Download
Many people are searching for this, how to download the FAU-G game? And is this released? I have already told it that it has not been launched yet and it is not available at the play store at this time.
A lot of people are searching about it, in such a situation, many companies have made a game on its name, which will be found on the play store, or any other store site, such as from Faug name or any other name like it but Not all real FAUG games yet.
Just like it will come in the market, you will get information but right now you do not download any other game in its circle.
More news about it is becoming popular on social media about its poster because the people did not like the poster. After all, it is not the original design because it is not the original design, it was edited by downloading from any image store, and people tagged Akshay Kumar Sharing different versions of the poster. 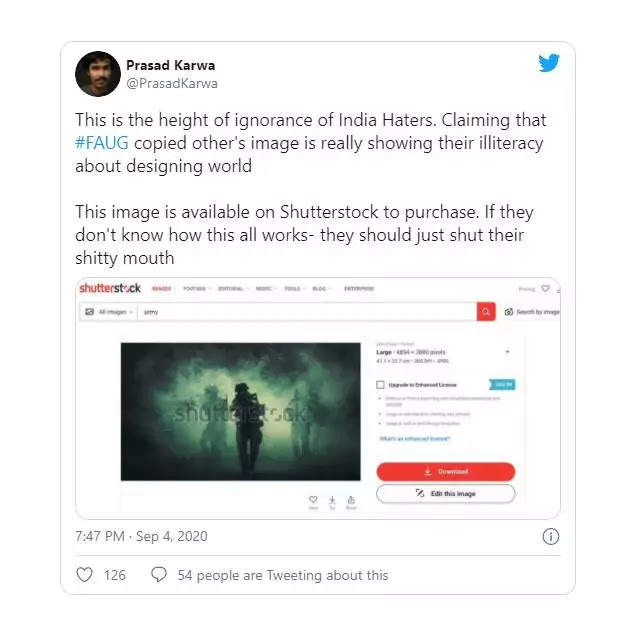 Indian market is an opportunity based market for Indian businesses. Meaning if such a company is very popular in India and it suddenly gets banned, then they want to take advantage of this opportunity in any way.
Just a few days ago TikTok banned was all surrounded the market and now it is the turn of PUBG and everyone wants to take advantage of this opportunity.
That is why the owner of FAUG would have thought that he would first book the market, then he would make the game and because of this he hurriedly released a poster.


Conclusion,
Friends, today we have told what is FAUG Game? And how can you download FAUG? When FAUG game will launch,  and now we will get the FAUG game release date and the company will publish it on the play store till we have to wait and if you have any information about this post then you must tell about it in the comment.